At the age of five, his mother who possessed no education, but held impossible ambitions, divorced his father and moved to England with Emil in tow. The only work she could get was as a trainee nurse, but found she could not look after Emil. An English working class family volunteered to take him in until she found a permanent home for him. The initial two weeks turned into 12 years…

I was born in 1955 in Tanzania to East Indian, Muslim parents. My mother, who possessed no education but held impossible ambitions, divorced my father when I was five and moved us to England. The only work she could get was as a trainee nurse, and she found she couldn’t look after me. An English working class family volunteered to take me in until she could find a permanent home for me. The initial two weeks turned into 12 years.

Father continued to work for an airline which permitted me to travel free on standby and from the age of 12 and I began to travel the world on my own. Neither of my parents could afford to come with me. My mother gave me a pittance for my travels—it was all she could afford. I would arrive at London airport with a carry-on bag and a wad of tickets and take whichever airline had space available. I could be in Moscow or Rio De Janiero, I never knew. Nor did my family.

With enough money to last me a week, I had little choice—either talk to the passengers and have them invite me to stay with them or sleep on the airport floor and walk to town and back. There were no guide books. I walked and walked until my thighs came to look like slabs of ham.

Travelling to Africa, I saw the gradual disintegration of my community as each country gained its independence. In 1970, Idi Amin threw out our community overnight in Uganda and other countries followed suit, nationalizing businesses and property.

In England, my English family gave me a St. Christopher’s cross to protect me in my travels. Reaching Africa, the cross was replaced by a green armband of cotton thread and a Muslim missionary hired to knock some religion into me. But the harm had already been done. In England, the combination of school and joining the cubs for Sunday church, led me to fall in love with hymns and psalms and the beauty of prose in the St. James’ version of the Bible. That, the learning of Christmas carols for the school play, and my teacher’s Friday readings of The Adventures of Tom Sawyer or Wind in the Willows, brought on the love of literature. Books were an escape from the misery and solitude. Apart from my English family, they were the only stability in my life.

To spite my Indian mother who was always hovering around me demanding the best from me, I failed my exams and sped headlong into accounting to escape my mother’s wrath and the threat to retake my final years at school.

My accounting qualification allowed me to make a new home in Calgary, Canada where I became a scourge to my employers— they found I couldn’t add!

In Calgary, much to the distress of my mother, I married a Filipina who bore me two boys within 21 months of each other. By mutual assent, both boys became Roman Catholic—leading my mother to disinherit me.

My mother had always discouraged me from writing or anything creative—there was no money in it. It was not until little by little as I heard of the death of this family member or that close family friend, that the thought came to me to preserve these memories for my boys. The thought was precipitated by the death of my father, who had since joined me in Calgary and was beloved both by my wife and children. 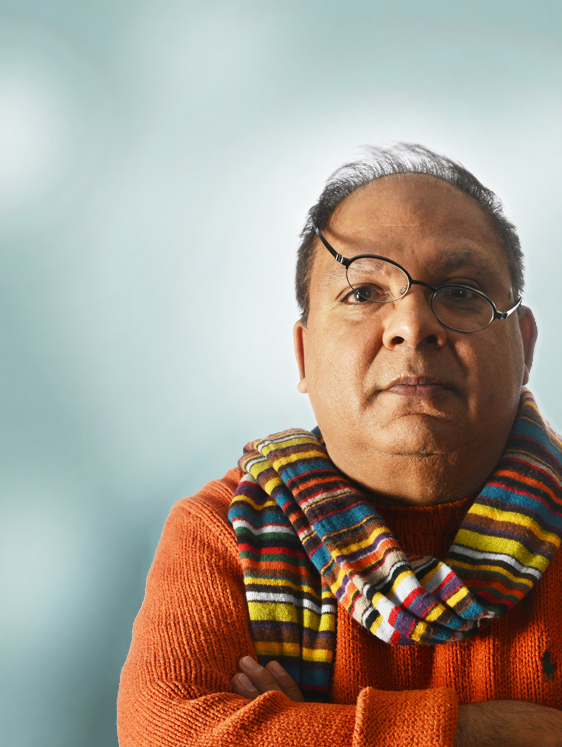 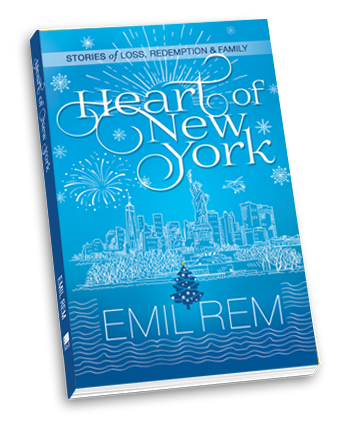 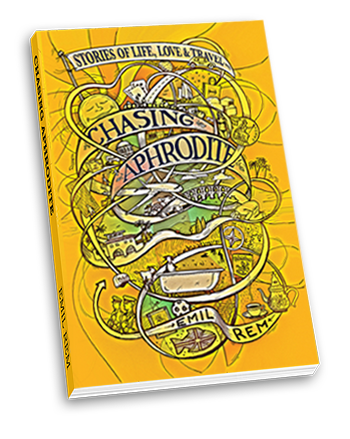 “A delightful red-shoed travel diary of a grown up boy in ancient lands.”
–Arthur Slade